Last week, from the 3th till the 6th of March, the 2015 edition of the Oracle Partner Community Forum was held at the Boscolo Hotel (previously the famous New York Palace) in Budapest, Hungary. This year was a special one, because I was a speaker and went as a fresh Oracle ACE which gave me the privilege to attend the ACE briefing on Tuesday and ACE dinner on Wednesday.

I went together with three other AMIS colleagues, but saw a lot of friends again, and man what a blast we had. On Monday the 2nd we arrived as because the conference started the next day we decided to go for long lunch at restaurant Menza as a tip of conference organizer Jürgen Kress. The first taste of the Hungarian cuisine. 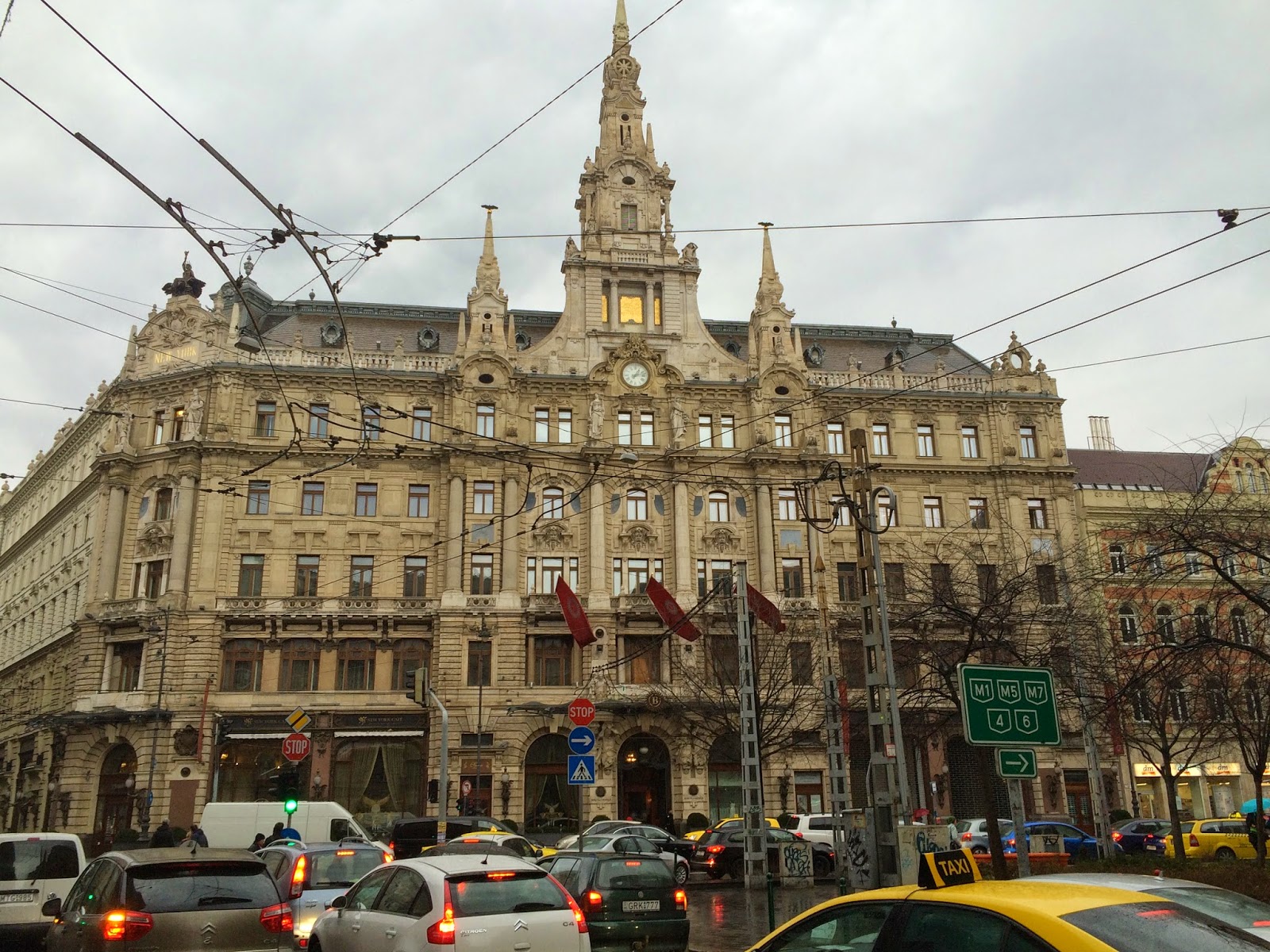 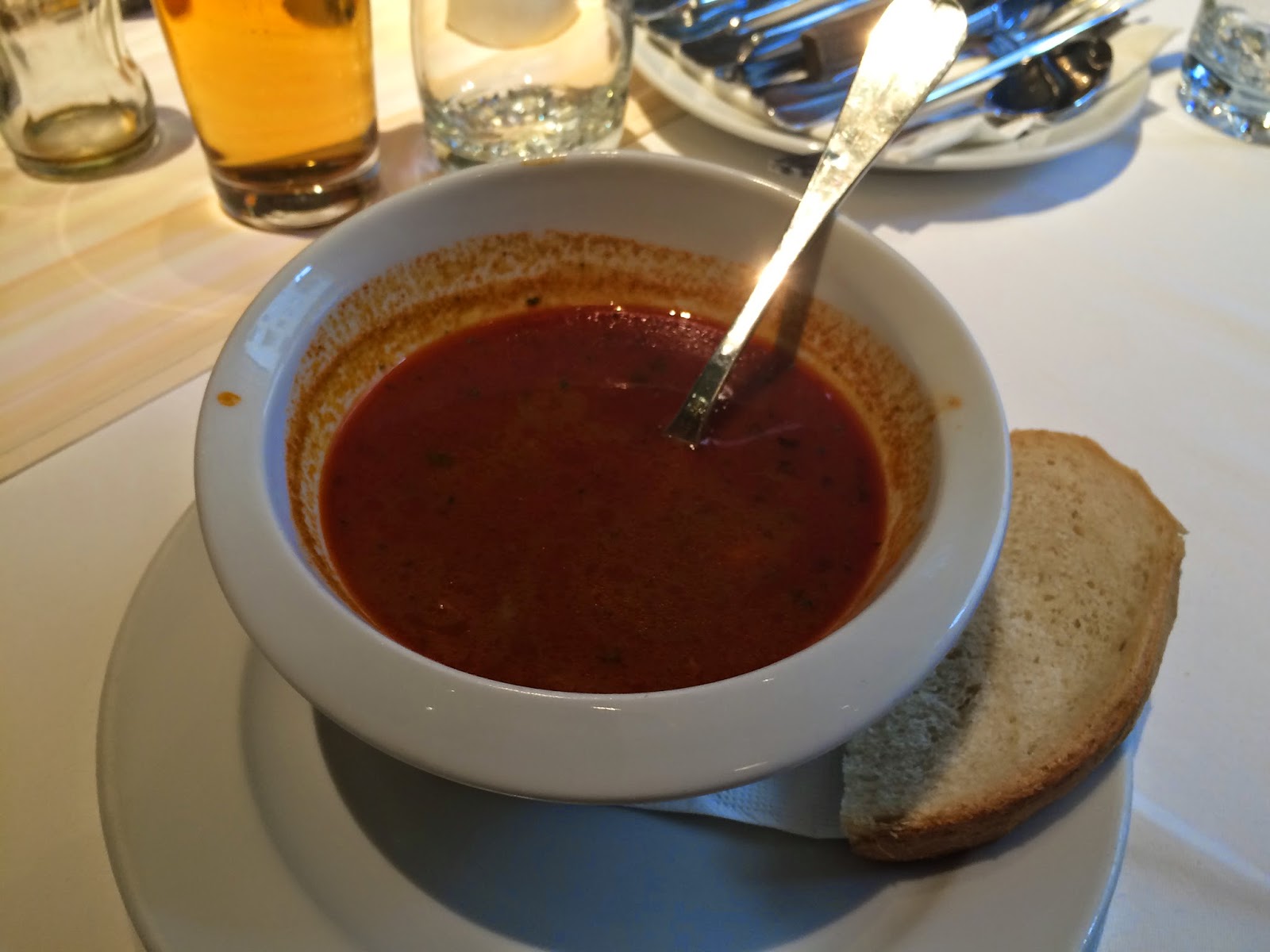 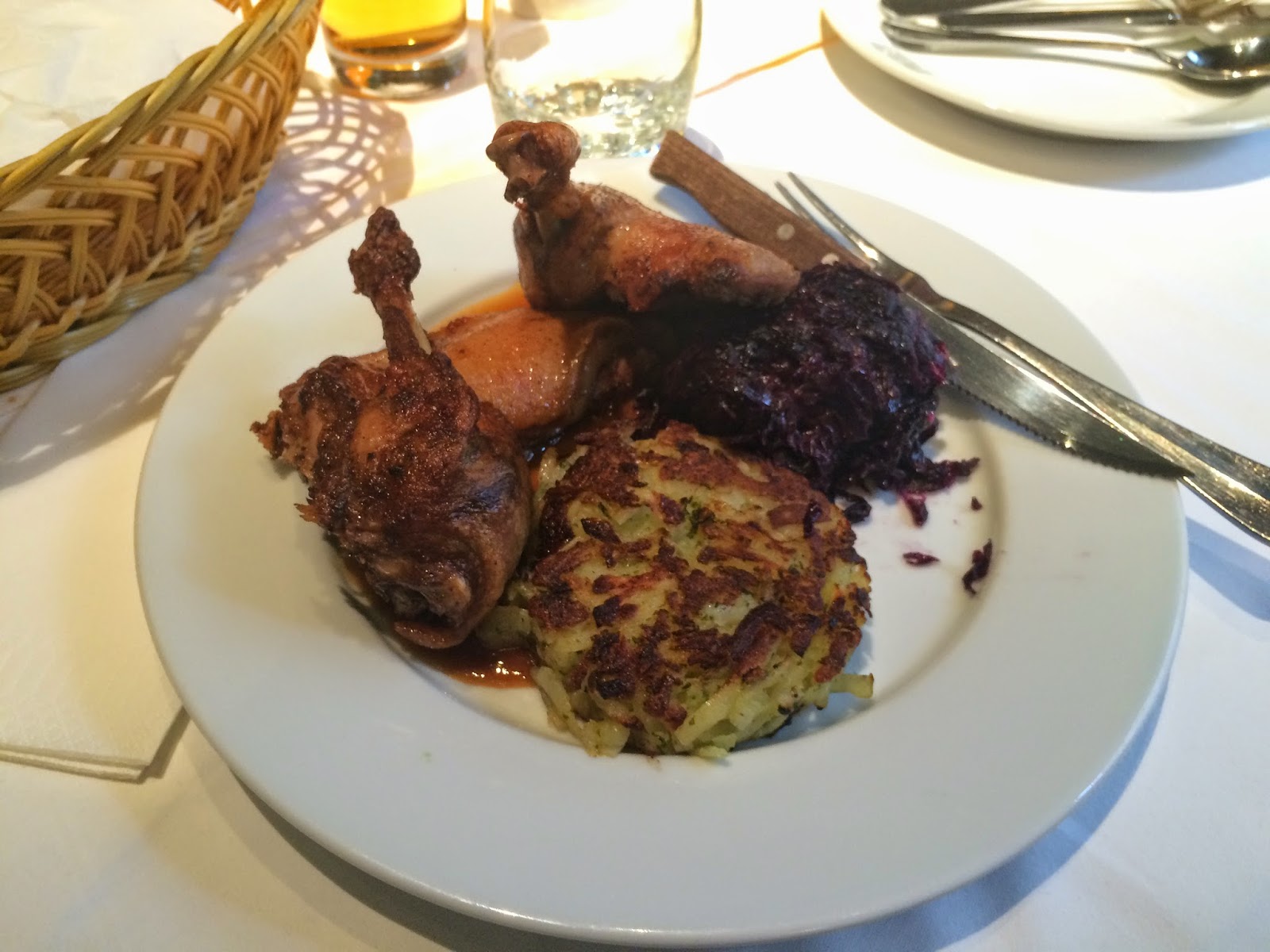 That evening was just around the corner which started with the conference welcome drinks. It was fun to see a lot of familiar faces and talking to some after more then a year. It revealed to me that there is a hardcore group that comes every year, but there is also room for newcomers saw a lot of new faces / partners.

Team Holland was heavily present and after the last beer and wine was consumed we went out for drinks till late that night. Great way to see some of the city and start the conference with friends.

The morning started with my first ACE briefing with around 20 people. I can't say much about the content we talked about, but it was nice to here the first experiences from other ACEs about Fusion Middleware 12c. I really felt welcome, being new to the group.

After the ACE briefing Jürgen Kress kicked of the conference. For people that are new to the SOA community, Jürgen Kress is the man that makes this community happen. He mostly invest his time in the partners in EMEA, for example by providing free marketing and training material, but he also organizes this great conference and other meet-ups (e.g. Oracle Open World).

The conference really started with the keynotes. In the keynotes we learned the vision for 2015 and beyond. Two new (buzz)words were used a lot; Digital Business and Digital Disruption. The main focus at Oracle is to make the business go digital using a cloud-first strategy. Andrew Sutherland talked about the digital experiences, business agility, immediate reactions and that it requires new priorities and that is more then a pretty Front-End.

The second keynote was from Amit Zavery, Senior Vice President. He talked about Oracle's Cloud strategy and its PaaS Solutions.

The afternoon started with the presentations and demo's about the new cool stuff from the SOA Suite product management team presented by Vikas Anand & Robert Wunderlich. To keep this recap not that technical and little short, I will write separate articles about these products.

Integration Cloud Service
The main newcomer was the Integration Cloud Service. This cloud service is for connecting SaaS application with each other in a point-to-point principle. It uses the Oracle Service Bus under the covers. The UI uses the new AltaUI from Oracle, which is used by all new products. With ICS you can define connections to your SaaS applications and create integrations between them.

Stream Explorer
Stream Explorer is a product on top of Oracle Event Processing and is licensed separately. It is a web-based composer in which you can build Event Processing applications. Create Data Streams, References to databases and create explorations to exact the valuable data. Projects created with the composer can be exported and further edited by (senior) developers in JDeveloper.

API Manager & Catalog
These products are already released, but were shown briefly as a sneak peak to my presentation together with Yogesh Sontakke. API Catalog is a product where APIs can be harvested into en which will replace wiki pages for developers, check my in-depth article about it here. API Manager is for publishing your strategic APIs to external parties. Share APIs with partners and suppliers and monitor the ROI of these APIs by analysing runtime usage. With API Manager you can secure these services by giving access only if the correct application key is given.

After the SOA Suite updates it was the turn of the BPM product team presented by Ralf Müller and Joost Volker. They talked and demo-ed about the Process Cloud Service and the Document Cloud Service and the integration between them. PCS is BPM in the cloud, but it still is missing ACM this will come in a later release. After the demo of PCS we got an overview of the BPM roadmap, expect a lot of bundle patches in the next months. The focus right now is stability. 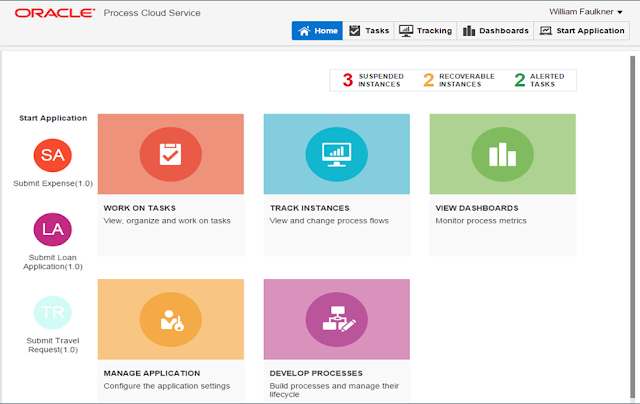 The day flew by, but was not yet over. It's tradition to end the first conference day with the Community Awards for partners. Last year AMIS won it for outstanding SOA contribution, but this year AMIS was awarded the community award for outstanding ADF contribution. These awards are awarded to partners who have proven cutting edge projects with the latest Oracle technology and most important their contribution to the community like blogs, newsletters, conferences, papers, twitter, LinkedIn and their participation in the partner advisory councils. 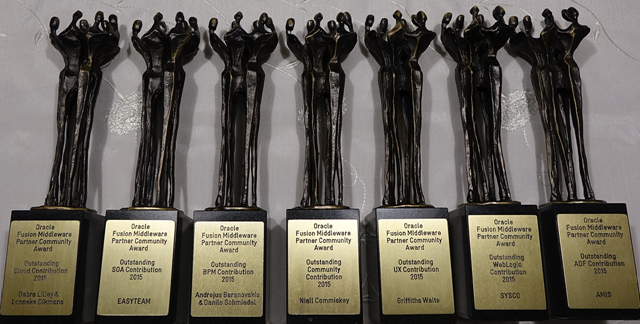 After the awards Oracle organized a social event in the evening. We had a great and tasty dinner at the Spoon Café/Restaurant, a boat on the Danube river (local: Duna). During this dinner you have the opportunity to talked with other attendees and to expand your network. 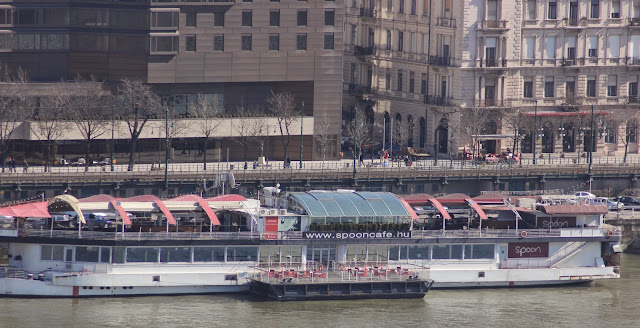 The Wednesday is a traditional conference day. As attendee you could choose your own sessions you wanted to visit. Sessions were divided into three parallel tracks; SOA, BPM or WebLogic Mobile. I myself was a presenter for the first session of the day in the SOA track together with Yogesh Sontakke.

API Management – An Overview of API Catalog and API Manager

Together with Yogesh I presented on API Management. It was so much fun to do, at first I was nervous, but when Yogesh started it was gone and replaced by adrenaline. I did a quick headcount and counted 62 attendees that came to my sessions. Yogesh began talking about the vision of Oracle and its products. He made a bridge to API Catalog and switch to me. I explained and demo-ed API Catalog in 30 minutes after that Yogesh did the same for API Manager. The presentation went great and I will remember this one for a very long time. 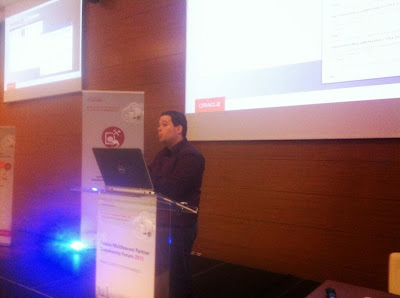 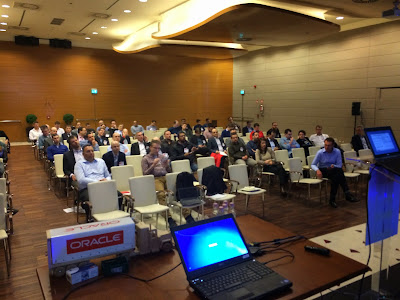 The following presentations I went to were about the new Integration, Java and Developer Cloud Services. Not all sessions were as easy to follow, but I enjoyed most of them. Personally I missed a few other interesting sessions because they were at the same time as others. For instance the integration of Service Bus and the Alta UI Mobile Suite.

The last presentation at the conference is as always a live hacking session by Oracle ACEs. This year it was up to Lucas Jellema (ACED) and Luc Bors. They created an application live on stage. Lucas builded a REST service on the servicebus and Luc builded a MAF application which used that service.

The perk of being an Oracle ACE or speaker

After the closing remarks the conference part ended. Together with the other ACEs and speakers we went for dinner at a star restaurant. I had the privilege to be both. At a dinner like this you will learn the person behind the ACE title and you can also freely talk with product management.

Besides the conference attendees had the option to register to one of the 2-day bootcamps. Attendees could pick between SOA, BPM, Mobile and Weblogic. The focus in all these bootcamps were mostly on the new cloud services.

I personally choose the SOA bootcamp which was the only one that was given at the Oracle HQ of Hungary in Budapest. We played around with ICS, Stream Explorer and the Cloud adapters SDK. The other attendees and I that participated in this bootcamp also saw some super secret stuff. but we can't say anything about.

This year the venue was the conference rooms at the Boscolo Budapest Hotel. The first moments were just overwhelming, what an awesome building. The second shock I got was from my hotel room. It was so huge that it was more an apartment than a room and with that in mind I felt like a rockstar these few days. Every thing was so authentic to the time it was original build (1910s). Also the conference rooms were good, maybe the beamers could have been updated for better picture quality, but overall the acoustics were above average.

To make an end to my recap of this awesome event, I want thanks everybody for the great fun we had. The conference is very valuable, but networking is equally important or maybe even more. So for everybody that is thinking of coming next year, please try to mingle, go have drinks with other attendees, speakers and Oracle personal and learn the person behind the expert. 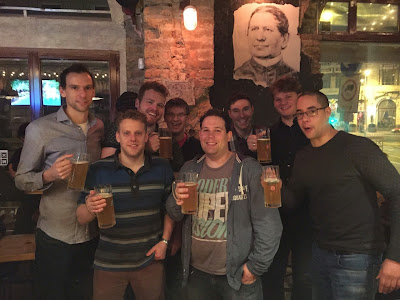 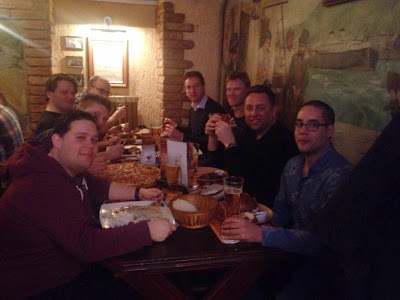